“Why couldn’t you be more like them”
My parents asked,
Even in their trivial achievements,
my folks basked

The heart exclaimed, There must be some way,
Come on brains, Don’t you have anything to say

He is your friend though, my brain said
may be you can learn from him,
Don’t you think I tried, the heart sighed
And the situation began to look grim

How does he excel in everything he does,
While however hard I try like him, I end up going bust

There must be some trick he uses, or may be some method,
With every pondering introspection, my confidence withered

I have given it all, and will keep working hard,
It’s time to try new things may be and change the old guard

But you’ve tried so many new things, new methods
Yet you are always second best.
It’s almost as if you’ve put it to rest

The struggle which had no sight in end
Alas, I could never be like my friend 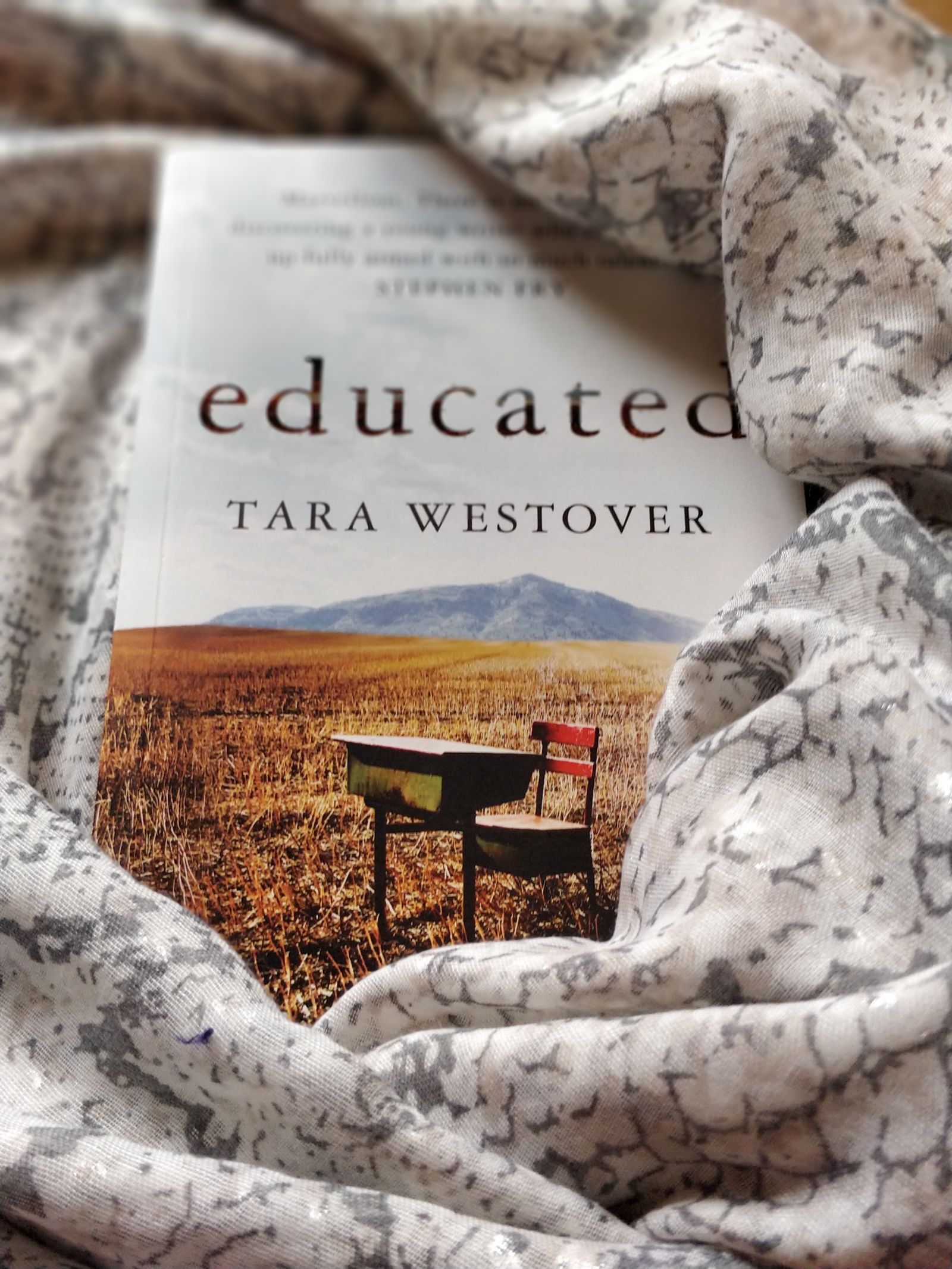 This past weekend I finished reading Educated by Tara Westover. After that I wrote a short review about it. Usually, I am never hungover a book. But this time Tara’s story has been playing inside me like an unending tape. Educated is a remarkable, fierce story of a girl’s ascend to the zenith of her […]

How do people form opinions?

Few days back a thought struck my mind.

Opinions, these days, are nothing but perceptions based on the limited knowledge that we gain and obstinately flaunt around in the manner of absolute truths.

OK, that is just my thought. That is really not my opinion. In fact time and again I have realized that I am not much of an opinionated person. I am scared of opinions. I often feel that I don’t have enough information to form opinions.

It really shocks me at times when I hear or watch certain people fight for their opinions. They get into verbal brawls on social media and it shocks me to see that people consider their knowledge supreme enough to put a foot down and say that what they say or believe in is the ultimate truth.

Phew! How do people survive under the weight of all that…

What life taught me #1

Throughout his life he chased money,
pocketing as much as he could lay his hands on,

All the running made him sick one day, While his body just couldn’t go on.

He realized that when he ran behind money, he was actually a strong current of fresh water, fighting his way against the dam.

A dam called his near and dear ones.

His current was too strong and it broke the dam and he went and joined the sea.

It was then he realized,
that the dam wanted to retain his fresh water while now he is all but salty.
And tomorrow even if he evaporates and joins the river back through rainfall,

The dam would still remain broken and this time no one would be there to hold him back.

“This is so easy” Jonathan exclaimed.
“I get to easily browse through so many mobile phones and compare. They even have a discount on the one that I bought. And the best part is they deliver within 2 days at my address. I just hope Mr. Steve takes the delivery of my package. He really is a good neighbor.”

Chris nodded approvingly. He knew he could not afford to shop on luxuries. He had to live on 2 small meals a day if he had to survive the next 2years of college.

He sat there in the living room starring at the ceiling lost in his own thoughts when suddenly the door bell rang.
“Its time” he said to himself.

Removing the rubber gloves he had worn while breaking into the house, he opened the door with a handkerchief.

At the door he found a thin fellow with a flapkart T-shirt on. “Mr.Jonathan?” he enquired.

“Sir, We’ve got your mobile phone. Can you please sign and take the delivery”

This had been the best and the easiest theft he had committed till date.

They conversed merrily that afternoon. She was narrating on how difficult it was to find the right food for her children

“Just this other day” she narrated
“I was just going to pounce on this deer. But as usual, these puny humans distracted and scared her away.”

They waited patiently. Having absolutely no idea as to why they were called up so early. They always thought there was still time.
That there would always be “their god” to help them live longer. That they could continue doing what they thought was right in his name.
But this changed everything.

Then a giant flame rose. Giant only by its size. In all other ways it seemed gentle and in the cold weather, it brought its own warmth.

Nazir spoke first “You must be Allah. For you are the light which showed us the way. You are the flame which gently lit up in our hearts. And you are the same fire with which we fought for jihad.

Tanner spoke next ” I don’t know who you are sir. But you are definitely not god. Alien, perhaps yes, but definitely not him. You don’t even have a face. You are just a flame, burning away till your fuel lasts. Much like these Arabs. They think they’ve got all the oil. Lets see what happens when that empties up.”

Lakshman spoke the last “You are definitely Agni, the fire god. You are the one who makes the sun shine brightly and give warmth. You are second to none. I remember I prayed to you to burn away all these people of other religion in my country. It is Hindustan for a reason. I know you know it as well. How long will my people have to put up with outsiders. Have you called me to discuss it”

The flame which glowed with peace, suddenly started to grow viscous. It gave a menacing look to the three of them seated together. The three humans started panicking a bit looking at that menacing fire.

“Do you know why you have been called up here. It is because all three of you died today. Under different circumstances.”

“Nazir, who gave you the right to decide what’s or wrong under the pretext of Jihad. Did you know that the person who fired at you at the LoC in Kashmir was a Muslim too. Even he could have fought for jihad. But he chose good over evil. He chose to fight for his country defending millions of Muslims from you blinded fanatics. You shall never be at peace and that’s your punishment”

“Tanner, I know you don’t believe in god. Consider this as a confrontation with an alien species if that serves your purpose. You were the captain of your regiment and served your country well. But, there were times when you didn’t value other lives. Tanner, you could have stopped that aerial attack when you were asked. You knew there were no threats only women and children in those settlements. Yet you authorized the attacks. You may not realize this, but you do have a lot of blood on your hands mister. So believe me, if you don’t think I am god, know that I am your karma. And this time you have no escape.”

“And Laxman, you think you have a clean slate buddy. Let me show you how dirty your life has been. You always think that your country was only for Hindus eh. Then why did you aspire to go to America for a job. I know you most certainly tried so much. Beats me. I always thought you’d be the perfect human until you raised your sword against a family asking for your help. When those riots occurred, you could have saved so many of them. Knowing you I was so sure that Laxman would help. But I never knew I had sent a coward down to earth. Sigh!!!”

At that moment all three of them had a moment of realization. May be this was really the Lord speaking and they had been so wrong all their lives.

The flame rose and shouted “You three will go to Hell” and upon saying vanished immediately.

And in an instant they were transported to another place. It was a very depressing place and even more depressing sight to see people injured very badly who needed help and medical attention. There was a bad stench which came from those people. Their eyes called for help, but their mouths were tightly shut.

Then there came a smartly dressed man.
“Come on get to work. Your job is to help these worried t. You don’t recognize them, do you? Neither did your bullets or swords recognize them. You will be helping people like these for the next 250 years” he said.

“Is this our punishment. That’s a bit too harsh don’t you think” a worried Tanner sighed.

“This is not a punishment. This is something different. You see these people lying here. They have been punished with infinite pain. Everyday you help them with medicines and care, their pain and injury subdues for a while. The next day the wounds reopen and their pain returns. Its like a never ending matrix. And they can never open their mouths, neither can they cry. Its cruelty at its best” the person added.

“Welcome to Hell. Here I make the rules. And you violent chaps ain’t gonna like it eh tanner” he turned back walking away.

“I almost forgot the best part. You shall be supervised all the time by my guards. And the moment you stop working, they shall punish you in the most humane way possible till you start working again.” 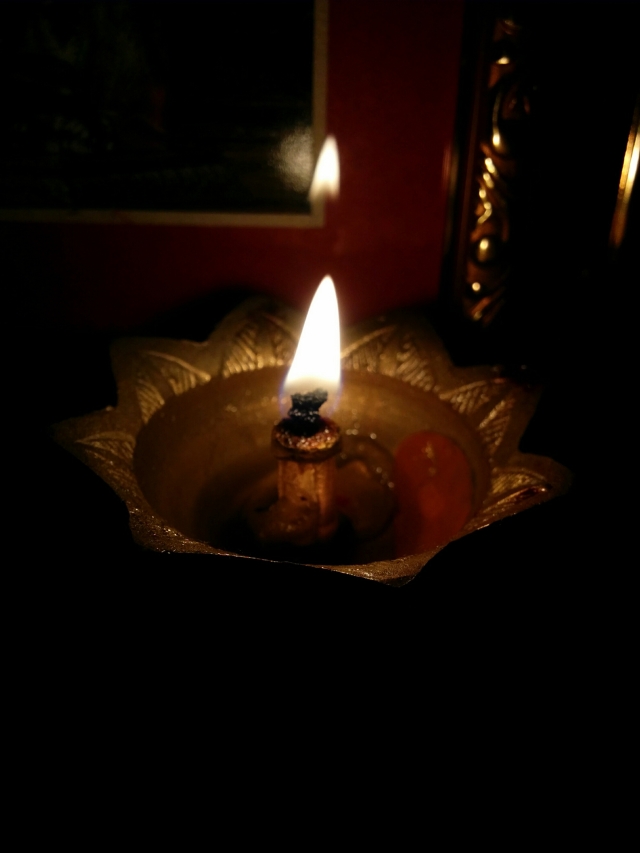 Life… as we know it

and at times you have to satisfy yourself with the fact that even though it got over, it did happen.

that they lived every second they were given and touched the sky every chance they had.

The day will grow on you
so will your shadows

the person you meet at the end is you.

Few words will remain unsaid,
few will be written but may never see the light of the day,
and rest will be wasted

in the end, everything is overcome and a life is lived.

PS: Lines 2,4 and 6 are by Mr. Irfan Kazi. Many thanks to him for making it so beautiful.

shadows
i see them moving
running, walking
but they don’t see me
they ignore me
they leave me and walk away
they change their colors
they laugh when i cry
they mock
they jest at my
expressionless face
they, who bear no face
of their own.